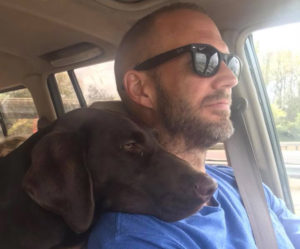 Born and raised near Emory University in Atlanta, Georgia, Ben is the oldest of four (4) boys.  His mom teaches sixth grade at a local private school and his father is a social worker; together Ben’s parents infused into him an interest in helping children.  Ben’s path led him to Denison University, a small, private four-year institution with rigorous academic standards and a focus on inclusion and equality.  Ben obtained is Bachelor of Arts in Psychology in 2000.  He matriculated at University of North Carolina at Chapel Hill and enrolled in the School of Medicine Occupational Sciences and Occupational Therapy program.  Graduating with his Masters in Science in 2006, Ben returned home to Atlanta where he focused his efforts on creating a business of his own in a market that was in desperate need.

In 2006, Ben opened Sensory Scaffoldings with a particular focus on providing occupational therapy to children in the Atlanta-metro area.  Sensory Scaffoldings has grown steadily since 2006 and now employs four (4) occupational therapists.  Between Ben and his staff, they offer a wealth of experience focused on helping pediatric patients achieve the basic milestones associated with growth and development.

Ben loves woodworking and is often found amongst the sawdust in his basement, where he’s constantly upgrading or refinishing the cabinetry in his home.  An avid health enthusiast, Ben also participates in competitive obstacle course racing and parkour.  When not sporting, he can be found with his chocolate laborador retriever, Clover, adventuring on nature paths with his wife, Natasha, and their four children.  Ben lives in Decatur, GA.